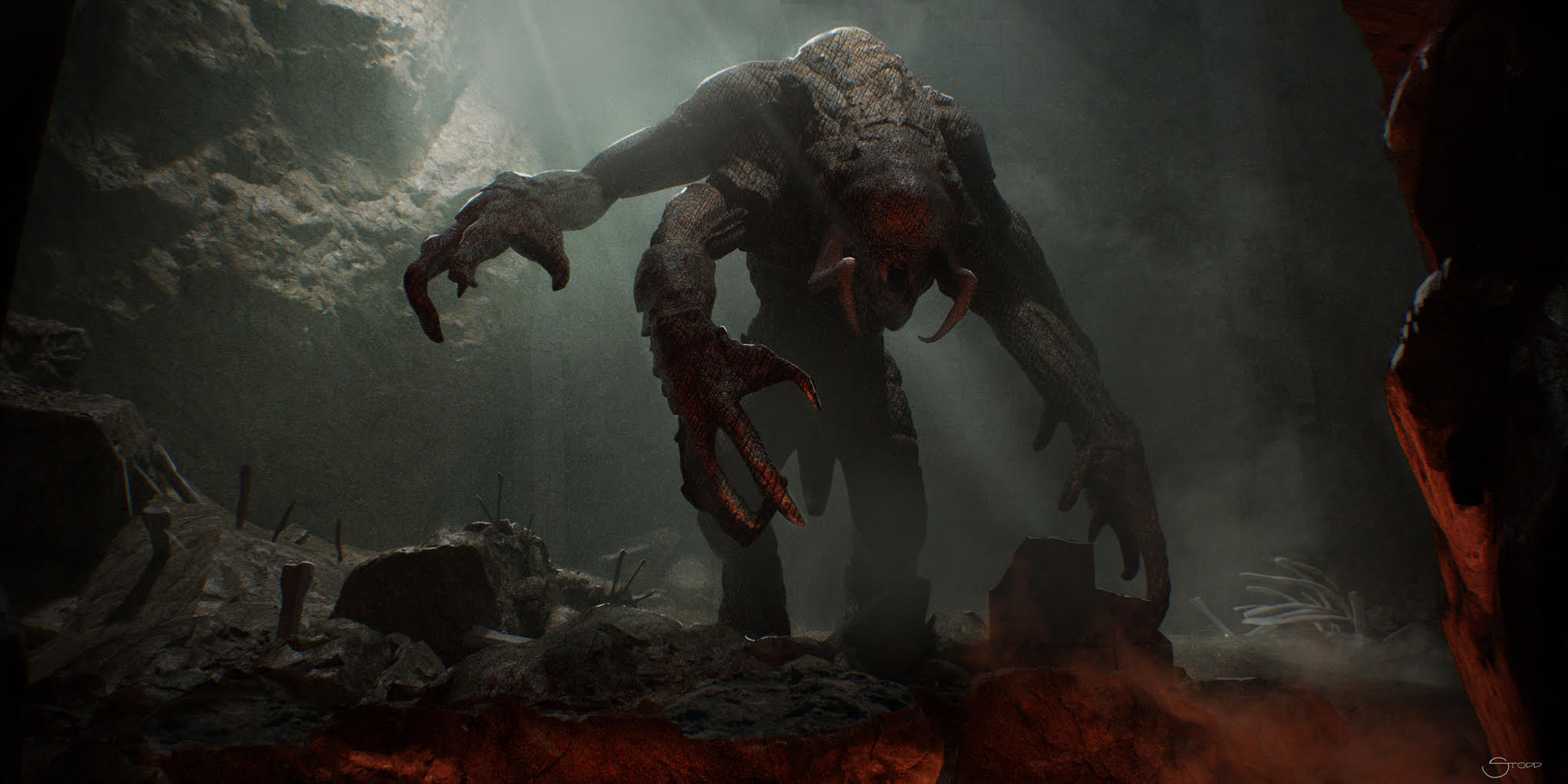 Disney’s D23 Expo 2019 was jam-packed this year with news and announcements, and the team from ILMxLAB was there to give an early sneak peak at the upcoming Vader Immortal: A Star Wars VR Series – Episode II. Director Ben Snow, Senior Experience Designer Jose Perez III, and Lucasfilm Story Group Creative Executive Matt Martin took the stage for a conversation with film critic Todd Gilchrist, where they unveiled new creatures, footage, at a glimpse of what it’s like to use the Force in the wild new Lightsaber Dojo II.

The panel kicked off with a quick recap of Episode I, which launched this past May on the Oculus Quest and Rift family of headsets. Snow explained the core premise behind the series: you take on the role of a Force-sensitive smuggler that has been summoned by Darth Vader, and the Dark Lord needs your help to uncover the mysteries of Mustafar and the ancient Corvax Fortress that rests beneath the planet’s surface. Along the way, you have to stage an escape, explore Vader’s castle, and learn how to wield a lightsaber. Accurately recreating lightsaber combat in VR was key to Episode I’s sense of wish fulfillment, explained the team.

From there conversation quickly turned to Episode II, and it was clear right away that the new installment will be more action-oriented than its predecessor, allowing audiences to explore Corvax Fortress, discover new creatures, and learn how to use the Force from Darth Vader himself.

After showing the first few minutes of an Episode II training sequence — exclusive only to those in the room at D23 Expo — Snow explained that Vader is in many ways the polar opposite of Yoda, who taught Luke Skywalker the ways of the Force in The Empire Strikes Back. But the powers the Dark Lord teaches audiences in Episode II are key to you successfully completing your journey. Fans will be able to lift rocks, toss around enemies, and pull objects across the room towards themselves, adding another layer of Star Wars wish-fulfillment.

Panel attendees then got an exclusive look at some early footage of Lightsaber Dojo II in action, where they were able to watch Perez use the Force to pull his lightsaber towards him and ignite it, before slicing through droids, training remotes, and some pugnacious new creatures called lava spitters. The clip then revealed that in Lightsaber Dojo II fans will be able to actually throw their lightsaber across the room to attack enemies, and have it boomerang back into their hand.

“Throwing your lightsaber for the first time is such a satisfying experience,” Perez told the audience.  “There’s nothing more satisfying than throwing it and watching it come back.”

All of those skills will be needed when it comes to battling the darkghast, a rancor-like creature that fans will encounter in the experience. The team showed off some early concept art of the towering beast, explaining that they looked to the Return of the Jedi creature for inspiration because they wanted to make a creature that fans would immediately recognize as being from the Star Wars galaxy. But the darkghast has an additional set of arms and rhino-like plating that makes her even more terrifying than a rancor, explained Snow. How intense do darkghast encounters get? Snow explained that one playtester pulled her headset right off because she was so spooked by the creature.

Battling the darkghast will require fans to call upon all of their lightsaber and Force skills, but nothing will prepare them for what they’ll encounter in Lightsaber Dojo II. If the original Lightsaber Dojo was about letting people train with a lightsaber, Perez explained that Dojo II is focused on combining that with Force abilities for freewheeling, dual-handed battles that incorporate a “suite of fun Force things” for people to experience.

“You are able to actively attack your enemies, and it’s a little more action-packed overall,” he explained, noting that you can use the Force to throw rocks at enemies, crash them into one another, or pull them towards you for a devastating lightsaber strike.

In addition to the Force, the panelists shared a little bit more about exactly who will be returning in Episode II. “It was important that you have time with just you and Vader,” explained Snow, highlighting the Force training sequences in particular.

Fans will also be reunited with their Windfall co-pilot, ZO-E3 (voiced by Maya Rudolph), and Vylip, who Snow said makes it very clear that he is passionate about saving the Mustafarians.

No Vader Immortal character has been the subject of more theories than the mysterious Black Bishop, and Martin clarified that the character will most definitely be back. His story is “integral to the story of the Fortress, and the story that we’re telling about Vader as a whole,” he explained.

“The Black Bishop is as important to Vader Immortal as Vader is to A New Hope,” he said, and fans will eventually learn more about his history. “Throughout this series, your perspective of him will probably change over time,” Martin told the room.