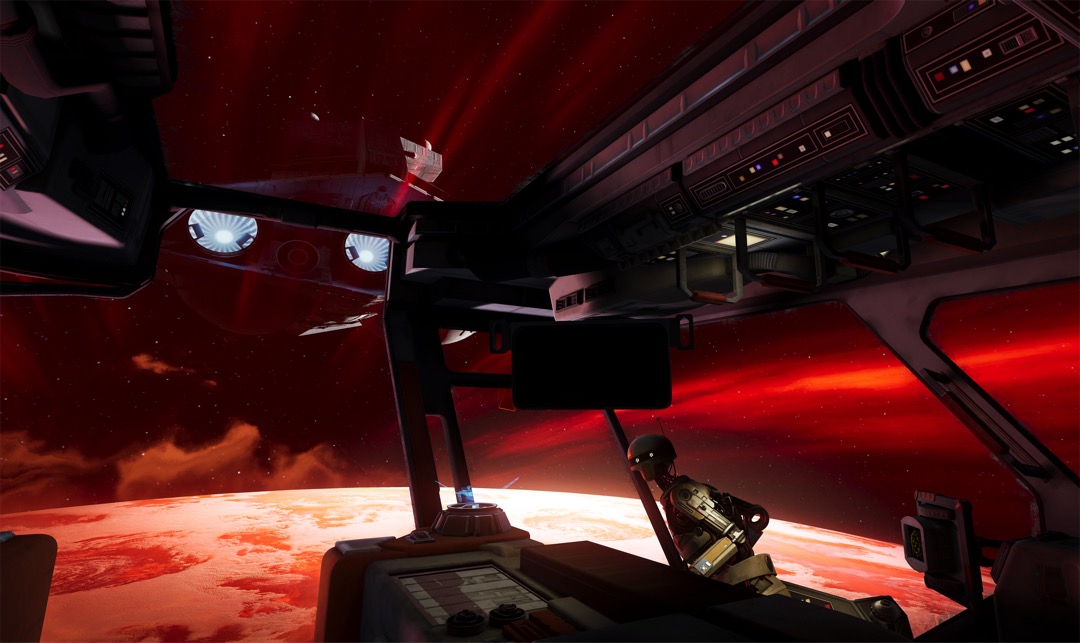 A Guide to Vader Immortal: A Star Wars VR Series – Episode I

With today’s release of the new Oculus Quest headset, the long wait is over — you can now experience Vader Immortal: A Star Wars VR Series – Episode I for yourself! The virtual reality adventure is the first installment in a trilogy of experiences, and we hope you enjoy it as much as the critics have been.

But stepping into the middle of your own personal Star Wars adventure ain’t like dusting crops, friends. The new Oculus Quest headset makes trying virtual reality easier and more accessible than it’s ever been, but we figured a few of you might still have some questions before you take your first trip to Mustafar. To help we’ve put together this short guide about what you can expect on your journey.

Who will I be?

In Vader Immortal, you take on the role of a ne’er-do-well smuggler. As captain of the Windfall, you’ve been in your fair share of scrapes — which your droid co-pilot ZO-E3 likes to remind you of at every turn. After escaping a battle, you suddenly find yourself pulled out of hyperspace by Imperial forces, who force you down to the surface of Mustafar. There, a certain Dark Lord of the Sith is waiting for you with a very specific task…

When will I be?

Is this considered Star Wars canon?

Absolutely. You get to be the hero in an adventure that lives within the same story world as Return of the Jedi or The Phantom Menace. In fact, it’s the third experience we’ve made that Lucasfilm has classified as canon. The other two are Droid Repair Bay, which takes place during the events of The Last Jedi, and Star Wars: Secrets of the Empire.

Who am I going to meet?

Like any Star Wars adventure, you can expect to run into all manner of exotic aliens and compelling characters. There’s ZO-E3, as we mentioned before — voiced by Maya Rudolph — and you will come face-to-face with Darth Vader himself. (Well, it’ll probably be more like face-to-chin, but you get the idea.)

We promised no spoilers earlier, so we’re going to hew to that, but you are going to an Imperial facility that is located on Mustafar. Who would you expect to meet in such a place?

What will I be able to do?

Here’s where things get exciting, because Vader Immortal: Episode I is unlike anything you’ve experienced before. When your adventure begins, you are the hero — and you can interact with the world in any number of ways. If you see a switch, you can flip it. If you see a lever, you can pull it. See a helmet, or a bowcaster? Try it on, or pick it up for a closer look. This project isn’t just about you watching a Star Wars story — it’s about being inside one for yourself.

Doing so requires using just two of the buttons on the Oculus Touch controllers. The grip button lets you close your hand, perfect for grabbing hold of ladders in order to pull yourself up — or, say, picking up a lightsaber. The trigger button? That’s what you’d use to turn a lightsaber on – assuming you find one, of course.

How do I explore?

If you’re like us, the first thing you want to do when you find yourself inside a Star Wars adventure is to take a look around. In Vader Immortal, you can simply do that with your own two feet. If you start to stray outside of the safe playing area that you’ve set for your headset, the Guardian grid will pop up to give you a warning.

For traveling bigger distances — and let’s face it; when you’re inside Darth Vader’s castle you’re going to have reason to move quickly — you can use the thumbstick on one of your controllers to teleport from one location to the next. Just push the stick forward to bring up your destination indicator, makes sure it’s pointed to the right place, and off you go. And if you’d rather see every inch of the place, you can turn teleporting off in the settings and just navigate with the thumbstick itself.

Can we talk more about lightsabers?

One of the most exciting parts of the narrative adventure is the moment that you get your lightsaber, and if you enjoy that portion of the experience you might want to check out the Lightsaber Dojo. That’s a standalone experience: 40 levels of challenging, 360-degree lightsaber training. You’ll need all of your senses and some razor-sharp reflexes if you hope to make it all the way through — and there’s more than just bragging rights at stake. Based upon your rating in each level, you’ll earn Imperial Commendations, which will help unlock new rewards, including kyber crystals to change your blade color, and a handful of lightsaber hilts that you’ll find just a little bit familiar. Hit the menu button on your left controller to uncover all the items you’ve unlocked.

Is there anything else I should know?

The best way to learn more about Vader Immortal: A Star Wars VR Series – Episode I is to step inside the world and experience it for yourself. And if you like what you see, don’t worry — we’re hard at work on two more episodes, and Darth Vader has plenty of things to show you.