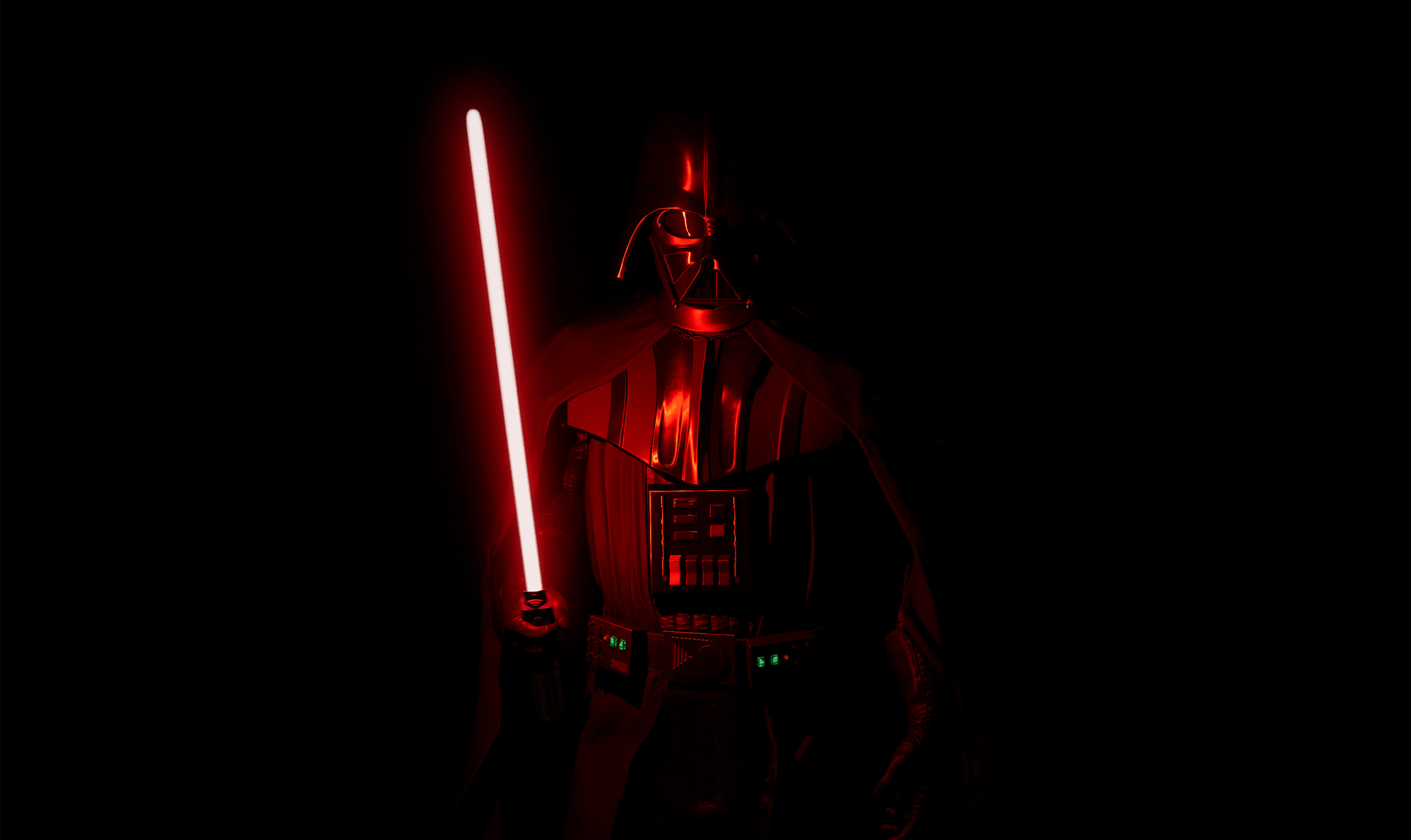 Today at Star Wars Celebration Chicago the ILMxLAB team took a deep dive into what fans can expect from our latest narrative adventure, Vader Immortal: A Star Wars VR Series — and there were a lot of details to share.

Fans already knew from our previous announcement that Vader Immortal is a three-part virtual reality series coming to the new Oculus Quest headset, and that it focuses on one of the galaxy’s most sinister villains: Darth Vader. During our panel on the Celebration Stage, however, writer and executive producer David S. Goyer revealed that none other than actress and comedian Maya Rudolph (The Good Place, Bridesmaids) stars in the experience, playing a quick-witted droid co-pilot named ZOE3 that audiences will interact with throughout their journey.

“Much in the way Alan Tudyk did with K-2SO, we needed somebody for this role that could create a unique character using their improvisation and performance skills,” said Goyer. “Maya truly was the first person we thought of, right from the very beginning, and her contributions and sense of humor have guided ZOE3 every step of the way.”

Of course, a story that lets audiences meet Darth Vader face-to-face also requires the right actor to play that iconic role, and director Ben Snow announced that Star Wars fan favorite Scott Lawrence (Star Wars Resistance, Battlefront II) is voicing the Sith Lord as he has so many times before.

“As a fan, I’ve always wanted to feel what it’s like to be close to Darth Vader,” said Snow. “So to have him walk right up in VR — not only with his mechanical breathing, but talking to and addressing you directly — is something that I think is going to be meaningful for a lot of fans.”

That’s exactly what fans are discovering at the demo booth we’re hosting with Oculus in the exhibit hall. Vader Immortal isn’t a VR movie that you passively watch. It’s an opportunity to become part of an authentic Star Wars story, stepping into the role of a smuggler working near Mustafar, the volcanic planet Darth Vader calls home. When you’re unexpectedly pulled out of hyperspace, you soon find yourself in the middle of a grand adventure — at the behest of Lord Vader himself.

The storyline of Vader Immortal – Episode I runs about 45-60 minutes long, its creators said, depending on how a given audience member decides to tackle its many challenges. But Goyer also revealed that the episode includes what the team has dubbed the Lightsaber Dojo — a standalone experience that puts a lightsaber in your hand for open-ended play.

While Vader Immortal is a launch title for the Quest headset, Colum Slevin, Head of Media, AR/VR Experiences Group at Oculus, took the opportunity on the stage to announce some other big news: the experience will also be coming to the company’s groundbreaking Rift family of headsets, including the upcoming Rift S.

“Oculus Quest unlocks new ways to create. It shifts the design paradigm by freeing creators from certain constraints, and the untethered form factor was one of the key reasons we partnered with the ILMxLAB team on this project” said Slevin. “What makes Vader Immortal so exciting is that this kind of story, this kind of moment in the Star Wars canon, can only happen in VR. You’ll see what I mean the moment you fire up a lightsaber and wield it in your hands.”

If you’re here in Chicago, be sure to stop by our booth and see for yourself. If you’re not, you won’t have to wait too much longer; Vader Immortal – Episode I is coming soon.