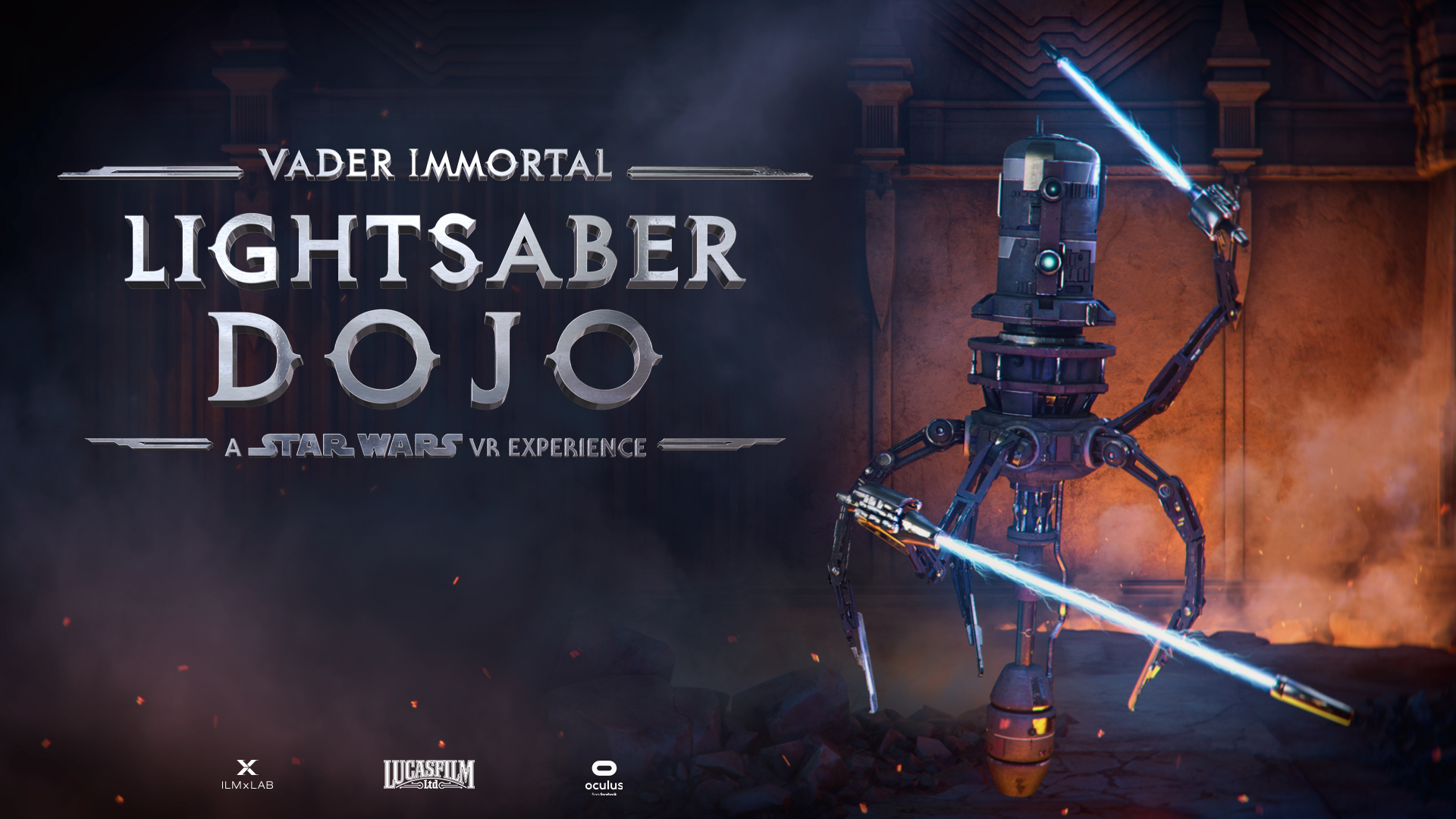 ILMxLAB is excited to share that Lightsaber Dojo, an arcade-style virtual reality experience, will be coming to select pop-up locations at Simon centers and Cinemark Theatres beginning December 19th.

An extension of the award-winning Vader Immortal: A Star Wars VR Series, the Lightsaber Dojo experience will allow players to train with a lightsaber and the Force against waves of training droids and Star Wars creatures.

“In Vader Immortal, audiences were able to feel what it was like to battle with a lightsaber in virtual reality,” said ILMxLAB Executive in Charge Vicki Dobbs Beck. “We’re thrilled to bring that sense of wish fulfillment to even more fans with the new Lightsaber Dojo experience.”

As part of the experience, fans will step into a pop-up training arena, created in collaboration with location-based VR company Nomadic. There, they will don an Oculus Quest virtual reality headset, and be transported to Mustafar, the fiery planet that Darth Vader calls home.

To begin their training, fans will choose from an assortment of lightsabers used by classic Star Wars characters, including Obi-Wan Kenobi, Mace Windu, and Darth Vader. They will also be able to use the Force to grab their enemies, trigger traps, and throw their lightsaber across the room. Afterwards, fans will be able to compare their scores with other players on a national leaderboard as they hone their skills.

“With Lightsaber Dojo you can use your lightsaber and the Force to stun, slice, and crush your enemies,” said Jose Perez III, Supervisor, Creative Development and Experience Design at ILMxLAB. “That’s a dream come true for Star Wars fans — and it’s more exciting when you’re competing against your friends.”

The first six Lightsaber Dojo pop-ups will be opening in Cinemark’s Century Cinema 16 in Mountain View, CA and Century Huntington Beach and XD in Huntington Beach, CA, and Simon center locations including Ontario Mills in Ontario, CA, Del Amo Fashion Center in Torrance, CA, Grapevine Mills in Grapevine, TX, and The Mills at Jersey Gardens in Elizabeth, NJ. Tickets will be available on a walk-up basis, and will be priced at $9.99 per person.