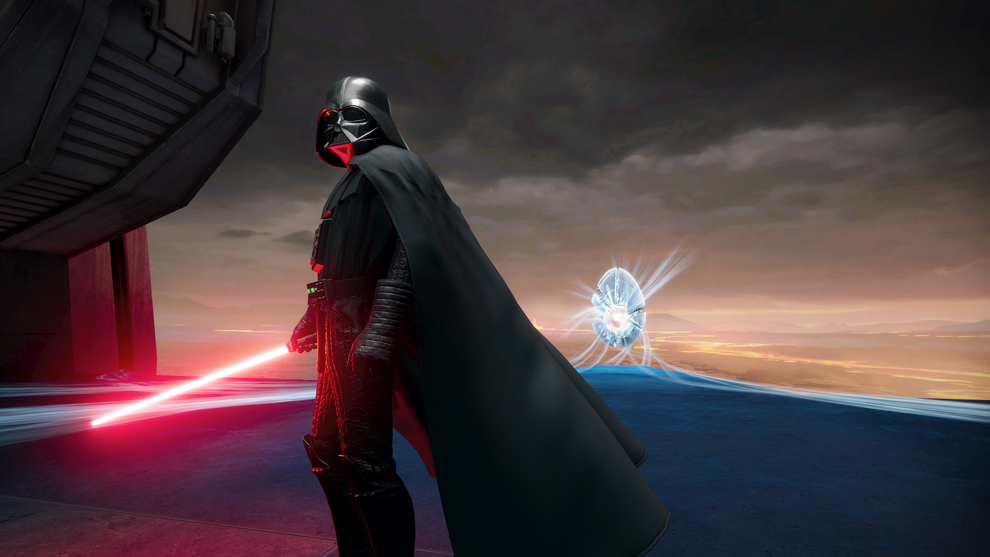 Embrace Your Destiny and Get Vader Immortal: Episode III Now

Having uncovered the Dark Lord’s plans — and your own ties to ancient Mustafar — you must lead an assault into Vader’s castle with the Force and an ancient lightsaber by your side. As you make your way to the top of the fortress, you will confront stormtroopers, a vengeful Imperial officer, and finally Lord Vader himself in a heart-stopping lightsaber battle with the fate of Mustafar hanging in the balance.

For those new to the series, Oculus will also be including all three episodes of Vader Immortal free with the purchase of an Oculus Quest headset. The limited-time offer starts today, and will run through January 31st, 2020. (Complete details are available here.)

Along with the story’s thrilling conclusion, the final episode also introduces fans to a new version of Lightsaber Dojo, the standalone training mode that dares you to battle training droids with a lightsaber and the Force. In Lightsaber Dojo III, fans can use Imperial blasters, thermal detonators, and even Force lightning as they confront waves of droids, creatures, and stormtroopers.

All three episodes of Vader Immortal: A Star Wars VR Series are currently available for purchase on the Oculus Store.