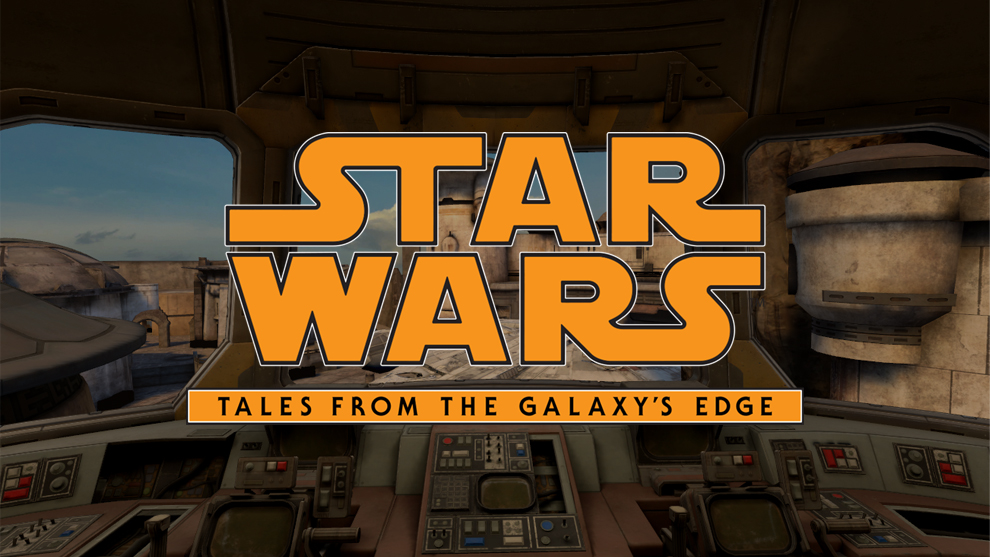 5 New Things We Announced This Week About Star Wars: Tales From The Galaxy’s Edge

In a new video, our Star Wars: Tales from the Galaxy’s Edge creative team announced story details and casting news for our upcoming action-adventure virtual reality experience, which is currently in development in collaboration with Oculus from Facebook. Here are the five biggest takeaways from the video:

In the experience, you’ll play as a droid repair technician who crash lands on Batuu after a pirate attack. You will quickly get swept up into a grand adventure on the outskirts of Black Spire Outpost, and you will find yourself stumbling into new places, like Seezelslak’s cantina.

2. SEEZELSLAK WILL BEND YOUR EAR

Bobby Monyihan (SNL, Star Wars Resistance; Star Wars: The Clone Wars), no stranger to the Star Wars galaxy, joins the cast as Seezelslak, Azumel bartender with a penchant for  storytelling. You will be able to converse with Seezelslak in his cantina and be “transported” to other places and times in the galaxy by reliving his legendary tales. Seezelslak is central to the main story, as he will also give you missions to complete.

Debra Wilson (MAD TV; Star Wars Jedi: Fallen Order) joins the cast as Tara Rashin, a power-hungry Quarren pirate. Tara is on Batuu for one specific reason — there’s something she is looking for, and she won’t let you stand in her way.

In Star Wars: Tales from the Galaxy’s Edge, you will face not only Tara Rashin, but her cell of Guavian Death Gang operatives. You’ll need to be quick to draw your blaster in order to protect yourself from Tara and her crew.

5. TAKE A MOMENT ON BATUU

In between battling pirates and completing missions, you will have the opportunity to get acquainted with your surroundings. You can explore the outskirts of Black Spire Outpost, test your skills with Space Darts and listen to the jukebox in Seezelslak’s Cantina, hang out with porgs, and take in the beauty of the Batuu wilds.

Check out the full video: